Quan An Ngon’s concept presents an authentic eating experience away from the street vendors. The rustic food stalls spread around the courtyard, the open-air kitchens and the big wooden tables recreate the gregarious, joyful and multi-sensory pleasures that typically denote Vietnamese eating habits. The extensive menu allows diners to sample the diversified national gastronomical differences by including fares from the three regions (North, Center and South). Bamboo shades, scale-baskets, lanterns and silk paintings are some of the rich details that add to the ancient Quan An Ngon wants to inspire. Its popularity has led the owners to open four branches around town. 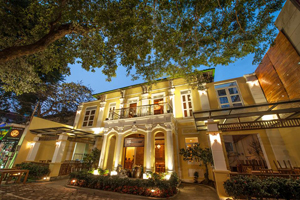 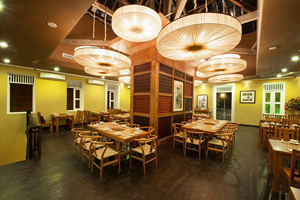 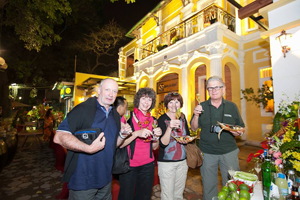